WiFi Data Safari is a critical software art project that aims to educate the public about the wireless network data that constantly surrounds them. We developed software that captures WiFi data from passersby devices that are silently exposing personal information about their owner’s previously connected WiFi networks and the physical locations where they may work, live, and play. Through a metaphor of butterfly collection, this data is presented as a wireless habitat, where nearby WiFi devices appear as unique butterflies with "migration patterns" derived from publicly accessible geotagged WiFi access point (wardriving) data. Flowers in the scene represent nearby WiFi networks and clouds represent network traffic made from devices connected to the "WiFi Data Safari" access point created by the project.

This project is a revamp of an earlier project we created in 2015 called Probe Kit. This version features a new 3D scene, a robust software rewrite, an interactive web application served by an ad-hoc wireless network, and a new workshop to accompany it.

Alongside the 3D installation, WiFi Data Safari launches a web app that nearby viewers can access on an ad-hoc WiFi network. This app allows viewers to explore the data from the 3D habitat view on their own phones, and in the process, learn more about the wireless landscape surrounding them. 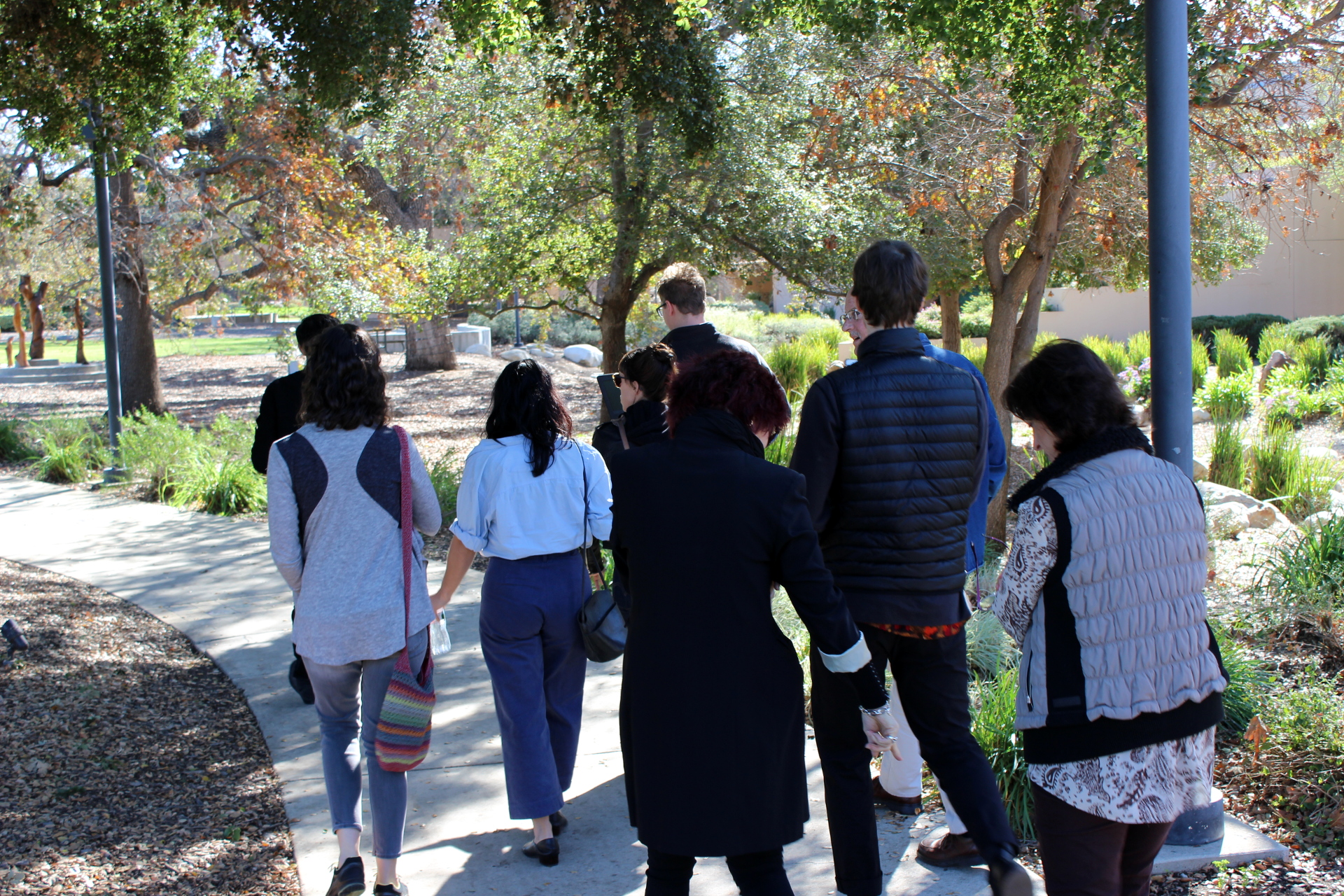 The WiFi Data Safari artwork is accompanied with a participatory workshop/studio visit where we lead a small group on an outdoor walking tour exploring the nearby WiFi traffic. During this Data Safari, the group experiences their urban landscape through the perspective of probing WiFi devices, beaconing access points, and invisible network traffic. Throughout the workshop we discuss the WiFi activity we find in the wild, the ways this data can be used by companies and governments to track device owners, and privacy concerns surrounding WiFi. The goal of the workshop is to help people "see" the WiFi activity around them and have discussions about the ways that WiFi data leaked from phones, tablets, and computers brings certain privacy/security concerns.

We've conducted this participatory Data Safari at the California Museum of Art Thousand Oaks as well as at the Lafayette Electronic Arts Festival in Colorado. If you are interested in learning more, we've written two blog posts on the subject as well; one that describes the workshop experience and the other that outlines the technical details covered by the project.

WiFi Data Safari is an open source project and you can download, modify, remix, and share the source code on GitHub.